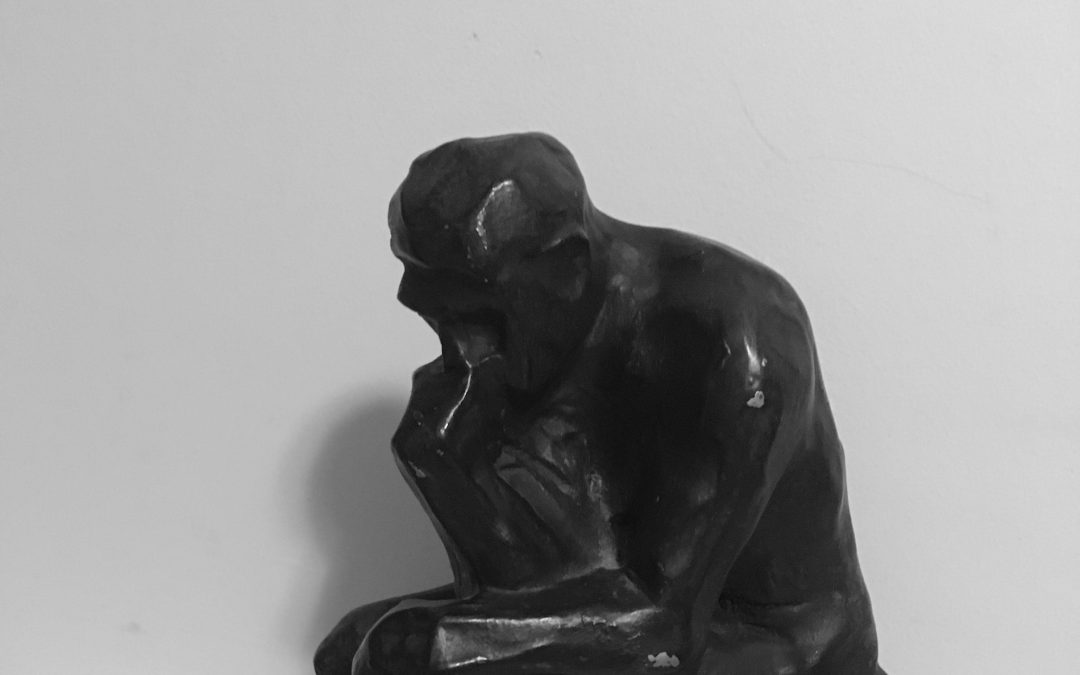 Because there is so much added bullshit in the world, particularly in the realm of self-improvement, self-help, life-coaching, and psychotherapy.  This blog post may come off a bit more personal than previous ones, delving into areas that I can certainly get on a soap box about.  Here’s hoping it’s not too much of a rant.
Everyone seems to have a slightly different take (and an obligatory catchy acronym) on the what is essentially the same core idea.

What core idea? How to understand and control your thinking.  That’s it.

Yes, very simple, and though often not particularly easy – do we really need all the added bullshit?

Currently, it seems there is a plethora of what would appear to be uber-happy, successful, well-adjusted, independent role models whose life work is to maximize the human potential and wellness of others.  And, that’s not a particularly bad thing.  But two questions: 1. Why the need to create a falsely unique, self-proclaimed proprietary system that only they can instill? 2. How? More on the this second question later, but suffice to say many of these self-helpers are good at purporting what to do, but lack sufficient explanatory powers of how to do it.  As for question one, let’s dig in…
Philosophy’s particular doctrines have been adopted throughout the years in relation to self-help, some successfully others with rudimentary butchering skills.  So why is what I’m writing about any different?  I’ll be honest, I’m not sure that it is.  I’m also guilty of pulling from a bit of this theory ‘over here’ and adding a smattering of that science ‘over there.’  After all, I form my profession in working with others with the acknowledgment that we all respond differently, although by in large subject to certain understandable patterns.  But, I don’t believe I offer anything particularly unique.  It’s all been done for centuries!  Perhaps I’m just adept at creating the human connection needed to allow the process to unfold.
What prompted this post is a combination of recently delving back in to some philosophical roots and an inundation of these self-proclaimed life coaches defined above

Who are these people?  What have they accomplished? What special abilities do they possess that uniquely allow them to ‘help’ others?

With the availability of coaches, mentors, trainers, etc. who have a solid background of success, I find it hard that these pseudo-types can compete.  What are your credentials? What’s your backstory? What successes have you had? What legitimate content have you created? Perhaps the answers to these questions is why their system and approach is “unique.”
Now, self-disclosure time – I am not a nationally renown expert on success or human potential.  And I don’t claim to be.  I did have a prior career in sales, attaining multi-year top-level status, regionally.  I also currently own/operate my own private psychotherapy practice.  I have some acumen in the realm of how we think and mentally process via an academic background and real-world experience. I take this for it’s worth and don’t blow unnecessary smoke.
So back to the story…In referring to philosophical roots I mean early Greek influence.  Combined with the recent rage of stoic and skeptical application in the mental health fields, I was curious what may underlie these concepts.  Enter Pyrrohnism.  Many are probably not familiar with this term, so a little history:  Pyrrohnism is credited to the work of Pyrroh (late 2nd century / early 3rd century BC).  It may be considered a school of skepticism, but seems to hold foundational ideas uniting skepticism with stoicism.

The basic idea being that of suspending judgement, translated from the greek word: epoche.

The blending is the idea that, theoretically, we cannot know with certainty anything, therefore, practically, any judgment (right/wrong, good/bad) best not be adopted.  Of course the concept of probability needs to come in to play as we live out our daily lives.  But the concept of of why we must suspend judgement seems to underlie much of stoic thinking in that all judgement is subjective and subject to change, pending our specific thoughts.  And obviously the idea of not having certainty, and being able to argue against any such posit, is derived directly from skeptical thinking.
So while the world is filled with Rational Emotive Behavioral Therapist (REBT) or the new school of Acceptance and Commitment Therapy (ACT), or trendy Mindfulness – and it’s off-shoot Mindfulness-Based Cognitive Therapy (MBCT), or the ever popular Motivational Interviewing (MI), or Dialectical Behavioral Therapy (DBT), or the current go-to Cognitive Behavioral Therapy (CBT)  – We get the sense these are all variations of the same thing.  And that same thing? Critical Thinking.  Perhaps I’ll adopt the moniker (CT) and post my five tenants of successful CT.
I’m not suggesting the multitude of therapy modalities are not helpful, but for some of us, constantly fighting distraction in this marketing-filled consumer-driven culture, continually striving for some substantial foundation, I suggest seeking refuge in early philosophical works.  There is so much bullshit piled on top of bullshit today, each time being given a new spin. Stop and seek the unfiltered source of cognitive self-help.  No doubt you’ll find common-thread realizations and linking features between these early words and your current way of thinking and living.