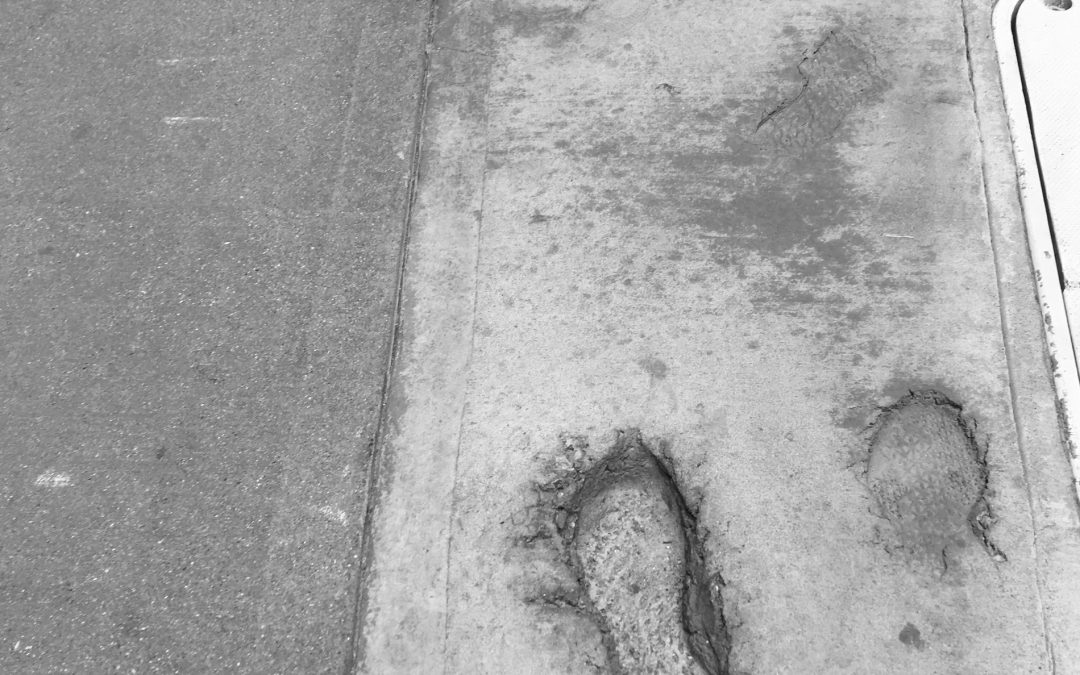 I want to present what I believe is a fundamental concept in thinking about ourselves. Dichotomy underlies how we relate to ourselves (internally) and the world (externally). Bear with me as this post may be a bit dry, but it will be an important base on which to further the conversation to much more engaging topics.

Also a caveat that this is pretty rough thinking on my part. My goal in writing this post is to help organize and thought-test some of what rattles around in my head.

First, we need a definition. Similar to the concept of “being offensive” we seem to know or at least understand dichotomies when we experience them. But, to define them is a bit tricky: Opposites? Incompatible points of view? Extreme ends of some spectrum? Apparent exclusive parts that may actually coexist peaceably? This last one is the one I resonate with the most. I think of dichotomies as two distinct ideas, feelings, concepts, points of view, or opinions that seemingly are at odds with each other, yet exist within some collective framework.

The actual parts, what they are, is less important than the structure and relation of those parts.

Here is one graphical interpretation of what a dichotomy is: 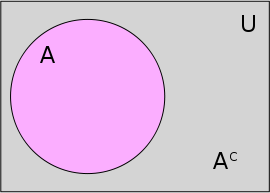 From this image we can see that A and Ac are parts of U. We also see the reality or perception that A and Ac are different, specifically whole on their own, perhaps even in opposition to each other, yet they exist and perhaps make up the whole of U.

Examples sometimes help us understand: We are all the same. We are all different. Both concepts seem to hold a high degree of truth value. And they also seem incompatible and mutually exclusive – opposites perhaps. But if we further encase these notions of being in the world within the span of one’s lifetime, we see how they can both occupy the same space. Yes, there may be times or specific instances of being very different from the person next to you. And also it is very true that physiologically we function very much like everyone else on the morning train. So the individual concepts of being the same and being different than others seem at odds with each other, remain true on their own, but are not incompatible when viewed in a larger context.

Whenever we are faced with seemingly incompatible notions, it’s helpful to seek a common, unifying context in which both ideas may exist.

Then we can look to the nuance to determine specific instances in which each may be true. Often it seems the individual components of a dichotomy are misleadingly general, so we need the specificity of nuance and context to understand how each can be applied.

With an understanding of dichotomies comes the misunderstanding of an apparent inconsistency or conflict. This misunderstanding is resolved through means of a reverse reduction. We are not reducing down to the lowest common denominator, but expanding up until we reach a point that both sides of the dichotomy fall within a larger concept. This brings me to a favorite visual representation, that of a teeter-totter. This helps us grasp the larger concept of generalizing up as well.

If we think of a dichotomy and the two opposing concepts as either end of the teeter-totter, we understand how they can seem to be in contrast. When one is up the other down. If just the ends of the teeter-totter were painted with glow in the dark paint and we saw this contraption at night, it would just look like two glowing “things” moving in opposition to each other. Only in the light light of day do we make out that there is a something that connects those ends and, in fact, they are part of the same thing and all-together are the same object.

This playground equipment (which should be standard at all playgrounds) helps understand the core principles of dichotomies. While initially dichotomies can be seen through their individual components as in opposition to each other, they are in fact part of a larger concept. Sometimes this transition will be clunky. And to the pure linguist or philosopher, I’m probably taking too much liberty with my definition of a dichotomy. But I could not find a more accurate conceptual description, so I’m going with it.